I am part of the exhibition 289 148, curated by Sebastian Cichocki for the Silesian Museum in Poland. The exhibition is comprised of announcements in B2 format distributed throughout the urban landscape. The title of the exhibition, 289 148, is variable, as it depends on the current number of residents of the city. It refers to the Numbers Shows organised between 1969-1974 by the art theoretician, curator, and activist, Lucy R. Lippard.

My piece for the show is titled The Adams Cable Codex. The Adams Cable Codex was a telegraphic code published in the U.S. in 1894 at the tail end of the “Gilded Age,” a period of glittering, unfettered capitalism. The code allowed a narrow set of globetrotting families and corporate buccaneers to keep their financial interests protected while travelling overseas. Because telegraphic communication required the minimization of characters and words in a message, the codex is a fascinating document of capitalist abstraction, compression, and desire that resonates with the various coded and often self-serving communication platforms of the Internet Age.

"Crocker Land: A Mirage in the Archive"
In collaboration with Carolyn Dinshaw, Professor of Social and Cultural Analysis, New York University

THE CENTER FOR LAND USE INTERPRETATION
"THE COUNTRY TURNING UPSIDE DOWN"
CLUI Wendover, Exhibit Hall 1
July, 2015-to present

This past week, I installed a forty-eight foot paneled photograph of a mirage in Exhibit Hall 1. Opposite the photo panels are texts about mirages gathered while I was a resident at CLUI last August. The texts are plucked from high and low culture; from sources as temporally disparate as Aristotle, The Three Stooges, and Warren Buffett.

THE CENTER FOR LAND USE INTERPRETATION
Wendover, Utah
August, 2014

This August, I’ll be a resident at The Center for Land Use Interpretation, where I’ll be photographing mirages, as well as building and operating a public "Mirage Viewing Station" on the Bonneville Salt Flats.

LINK TO VIDEO RECORDING OF LECTURE

Carolyn Dinshaw (NYU, Department of Social and Cultural Analysis) and Marget Long (Visual Artist) will be giving a collaborative presentation on mirages, photography, medieval maps of Paradise and Geographic Imaging Systems (GIS) such as Google Earth.

I will be giving an artist's talk and participating in a conversation/workshop this weekend on the topic of horizon at Arts, Letters & Numbers, an interdisciplinary space in upstate New York. My talk will present ideas, images and texts around the idea of live landscapes, virtuality, vanishings, and photography from my project on mirages.

Musician and composer Terry Dame and I collaborated on a piece for the book event 'Otherwise: Queer Scholarship Into Song.' Terry composed a brilliant percussive track inspired by my book Flash + Cube (1965-1975) using flashcube, flashpot and camera shutter sounds.

ICP-BARD | CENTER FOR CURATORIAL STUDIES
"Memories Can't Wait"
School at ICP
1114 Avenue of the Americas
New York, New York
December 14–December 15, 2012
I will be speaking at this two-day symposium on art and the archive on December 15th at 11:30pm. All of the lectures a free and open to the public.

"The Medium is the Mirage
(Notes on Encounters with Slow Photography)"

This talk uses the mirage as both photographic material and analytical object to think about the physical and temporal experience of photography today. I draw on a wide range of sources: an historic account of “Crocker Land”, the arctic continent that never was; film clips of classic “mirage narratives”; GLOWFLOW, an early experiment with Artificial Reality, as well as works by contemporary artists Phil Chang, Barb Choit, Pradeep Dalal and John Neff, all of whom engage with “slowed” photographic practices that subtly resist the technological mandate of speed that governs image processing today.

BABEL BIENNIAL CONFERENCE
"Cruising the Ruins"
Northeastern University, Boston
September 22, 2012
4:15-5:30
I'm very excited to be presenting the final plenary session in collaboration with Carolyn Dinshaw at the BABEL Working Group's Biennial Conference. Our talk is entitled "Unearthly Paradise" and will be at the Gordon Chapel at Old South Church, 645 Boylston Street.

HASTED KRAEUTLER
“31 Women in Art Photography”
Opening Thursday, July 26th
537 West 24th Street
New York, New York
One of the "Walk-In Portraits" that I made under Mathew Brady's skylight is in this exhibition.

BROOKLYN MUSEUM
"Raw/Cooked: Ulrike Müller"
June 29–September 9, 2012
Elevator Lobbies, Floors 2–5
I have a drawing in this exhibition at the Brooklyn Museum. 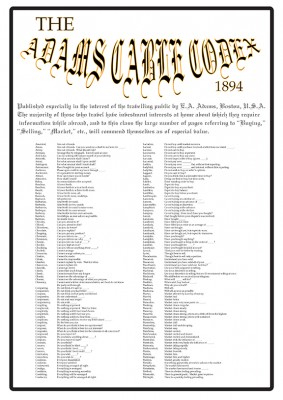 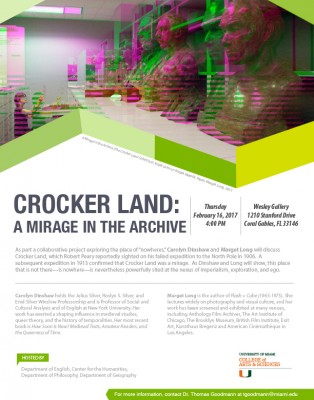 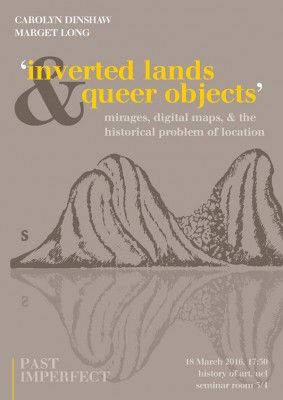 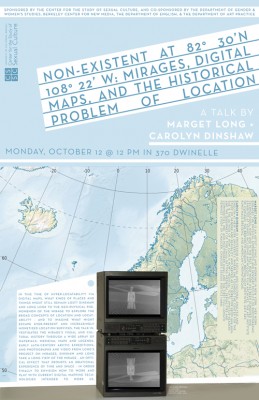 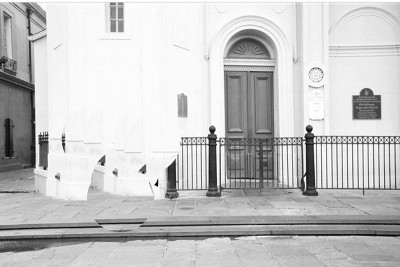 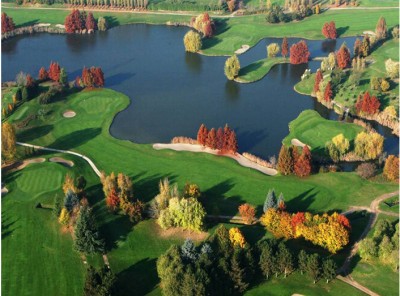 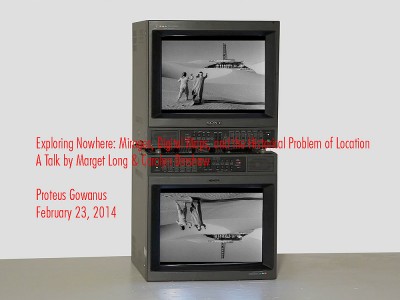 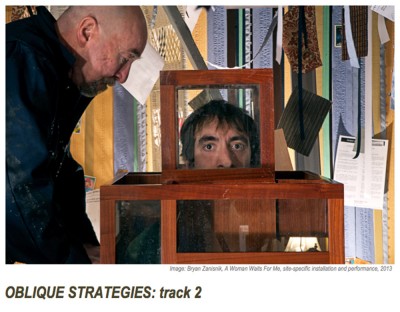 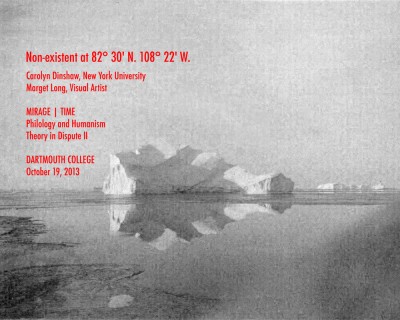 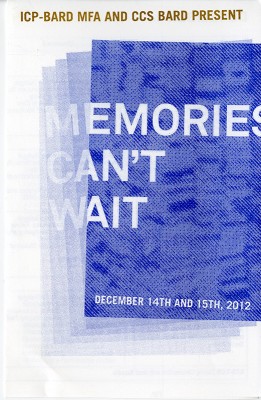 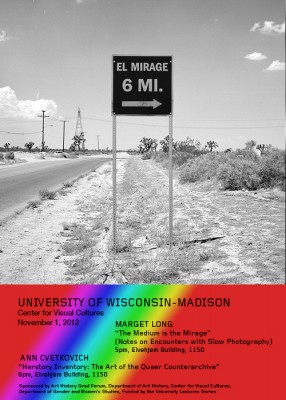 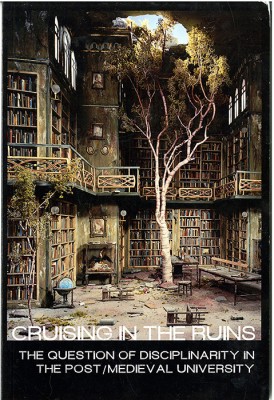 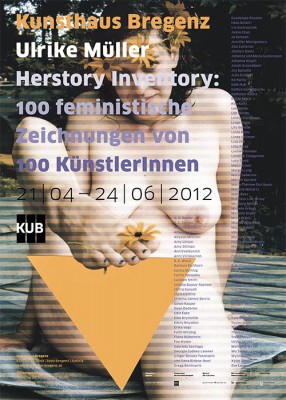 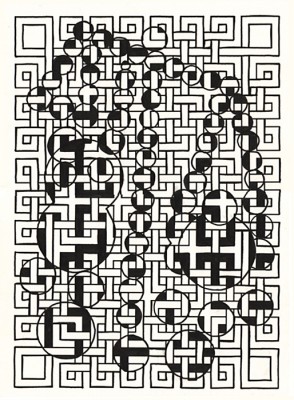 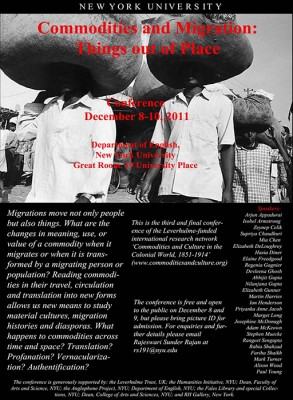 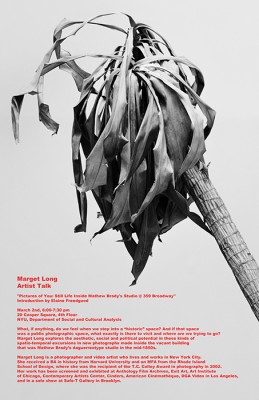