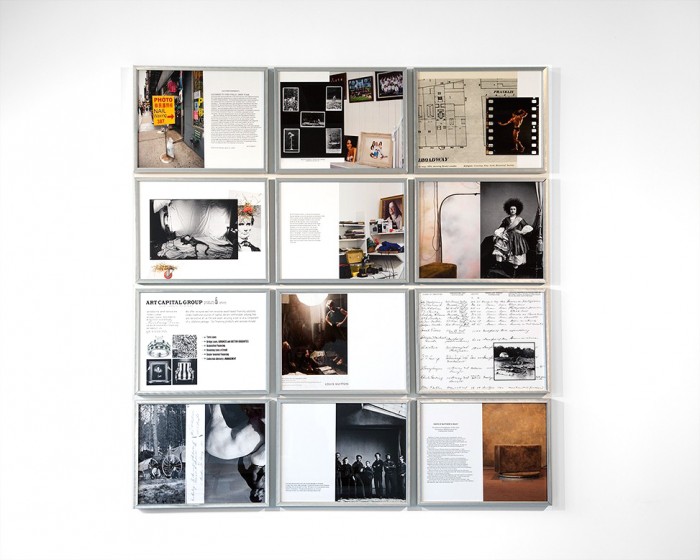 What does it mean to be financially consumed by one’s own studio practice? Rearranging Canon Balls looks at the economic conditions of commercial photography through the twin lenses of 19th century photographer Mathew Brady, and one of his modern day equivalents, Annie Leibovitz. In 1873, Brady was forced into involuntary bankruptcy and lost his entire negative collection to his creditors (lawyers, equipment suppliers and his own studio workers). Almost 140 years later, Annie Leibovitz came very close to defaulting on a $24 million dollar loan and thereby losing her negative collection (and future rights to those negatives) to the Art Capital Group, self-proclaimed “bankers to the art world."

This grid of photomontages combine archival materials from Mathew Brady's bankruptcy papers at the National Archives, newspaper texts, Brady Studio photographs, fragments from iconic Leibovitz photographs, and photos I took in a commercial portrait studio, now shuttered, in upstate New York. The pictures ask: what are the ties between photographic culture and debt? And, more specifically, are there links between photographic production and financial excess?

This piece was published in Afterimage: The Journal of Media Arts and Cultural Criticism, November/December Issue, 2012.