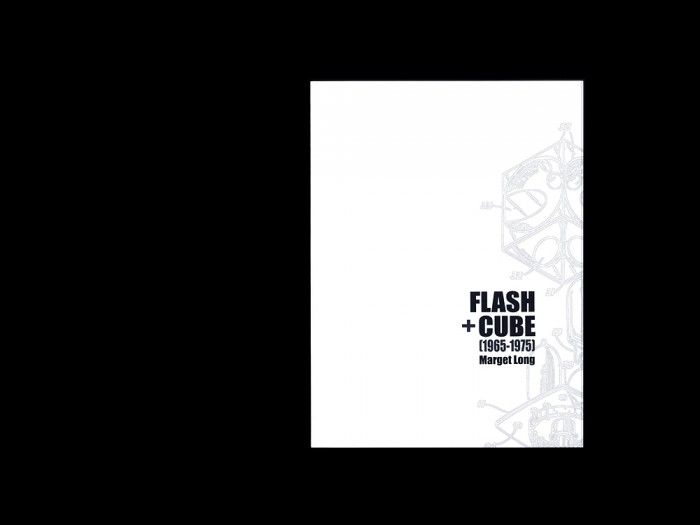 Flash+Cube (1965-1975) traces the connections between light, war, history and photography through a forgotten piece of technology, the Sylvania flash cube.

"Through an engrossing counterpoint of image and text, the book reconstructs relations of looking in the ten year period, 1965 to 1975, when flash cubes were marketed. As Long notes in her introduction, these were also the years of the Vietnam war, and one of the book's achievements is the way it renders visible the often unexpected conjunctions between these parallel timelines. These conjunctions are formed in language and its tropes, in mentalities and visual repertoires, in bodies and their classification, and Long's provocative stream of footnoted images conjures the diverse, crisis ridden contexts into which the flash cube entered."

"The techniques of assembly Long uses to create her image stream are not aligned with one particular discourse or disposition. A range of practices--montage, citation, repurposing, fan fiction, narrative testimony--go into her meticulous construction of an object's sensory politics at a particular moment. Among the diverse source materials that comprise her archive are magazines advertisements, newspaper clippings, servicemen's personal photographs, blog entries, and Long's own work, including photographs she took in Vietnam in 2009."